The medical industry is a highly regulated environment. Every activity needs to be properly documented and the manufacturer of the Medical Devices needs to provide compliance with multiple standards. Those standards usually aim to provide a framework to follow, which would minimize errors and potential harm to the end users (patients or caregivers).

For software development, IEC 62304 gains more attention when it comes to showing compliance for software validation activity. It is an international standard recognized by European and USA markets. IEC 62304 composes of multiple activities, and source code development is one step of many. This article will focus on the first activity required during Medical Software development – the basics of Risk Management.

IEC 62304 has been written to work within existing Quality and Risk Management Systems, mainly with ISO 13485 and ISO 14971. It will be assumed that the reader has at least basic familiarity with those two standards.

Let us imagine a generic Software System that is to be embedded into a Medical Device. If the manufacturer wishes to follow IEC 62304, Software Safety Classification (called further SSC) needs to be established. The standard specifies 3 categories of software failure:

Unless otherwise documented, Software System is to be classified as a C-class by default. Refer to figure 1 for a detailed algorithm for SSC determination. The higher classification, the more detailed documentation (and proof in form of tests) is needed to be prepared by the manufacturer to show that he has done everything possible to reduce the risk of hazardous situations or harm to the patient.

There are two constraints that the standard rises:
A. “Probability of a software failure should be assumed to be 1”. If the manufacturer (or an auditor!) can write a single-fault, worst-case scenario, that the software will fail, it shall be considered in the SSC evaluation.
B. “Only risk control measures not implemented within the Software System shall be considered”. It is not possible to require the Software System to be risk mitigation for the risk that it introduces for the sake of SSC evaluation. Of course, those requirements should be included later on, but alone are not enough to reduce the classification.

During the analysis, multiple approaches should be considered and evaluated vs Intended Use and Foreseeable Misuse (example):

SSC evaluation is a good time to double-check if all risks have been captured. As an input to this step, Top-Down Analysis or DFMEA can be used. Unfortunately, there are times that software or hardware engineers are not a part of the Risk Management Team. Because of that, software fault can be classified as “customer annoyance”, while in reality, it can contribute to a hazardous situation that can result in harm to a patient.

To show the issue at hand, a more detailed description of a Medical Device needs to be provided. Software System will not be segregated. Let’s imagine a new device introduced to the market, that helps the caregiver transport the patient from point A to B. The software is responsible for receiving inputs from the caregiver and controlling the relays that turn on the actuator to raise/lower the patient. On the PCBA level, it was realized most straightforwardly (see figure 2).

The exemplar Software System could consist of the following functions:

With the “probability of a software failure should be assumed to be 1” in mind, a detailed analysis could provide one more fault. If it is possible for the hardware to fail in such a way to give a Severity 4 event, is it theoretically possible that the software itself could create the same situation?

It is not about whether a software developer is good or bad, mistakes can happen everywhere. Even the smallest thing like misplacing the position of the closing bracket can impact the functionality.  Being tired and under the pressure of the time to market does not help either. If the Software System was under-classified (A-class instead of C), then the functional test may not cover this particular functionality-risk relation. And in the end, the patient may be affected.

From this point, multiple questions can arise:

How deep one should go? What is foreseeable? Should a theoretically possible situation be assumed:

It is a common mistake to write the software first, and then worry about the documentation and standard. If the theoretical situation above could be caught up in the R&D phase, with a few weeks of delay to the project, the solution could be provided.

On the other hand, if this issue persisted and showed itself on the markets, field action could be a very costly operation (in both the money and fame category). Additionally, it is the Medical Device manufacturer’s responsibility to reduce the risk to the maximum extent. How, for a given situation, could it be reduced further?

If the design is in the prototype phase, it is possible to make changes to the PCBA. With input provided from the SSC, the hardware team is capable of think and implementing so-called hardware mitigations. An example of such mitigation is shown in figure 3. By adding simple logical circuits, the software will not be able to control the actuator. Even if the software fails (under single fault) and the caregiver tries to use the device, its control will still be intentional, so no harm could be introduced.

Before this mitigation could be used (to possibly claim reduction of the Occurrence to 1), tests need to be performed and documented. They need to prove that, under any foreseeable conditions, this circuit will be safe and provide demanded functionality.

Questions might be asked, why to use a microprocessor for such a trivial control system when hardware mitigation could be used without software. In real-world applications, it might not be the relays that control the actuator, but transistors. It is desired to implement a soft-start and soft-stop action, so the patient is not subjected to abrupt movements at the start and stop.

Also, the software might take measurements of the actuator current to see if the medical device is not stuck onto some obstacle, avoiding damage in case of caregiver fault.

Software Risk management activity, if done correctly at the beginning of the project, could save a lot of time and effort later, when the critical-safety bugs will become visible (it is not a question “if” but “when”). If threats could be identified, the development could be led in such a way to prevent the hazardous situation from happening, based on the requirements imposed on the development.

Every Software System needs to be treated individually. In Sii, we have experienced engineers that can help you with risk assessment, hardware and software development, creation of documentation, tests, certifications, and more. Feel free to contact us.

For the circuit presented in figure 3, what will happen if the user presses both the Raise and Lower buttons? All of course is depending on the hardware implementation, but for the given example (one actuator driven by 2 relays), there is a high probability of making a short circuit on a 24 V power supply.

This issue was missed by the Risk Management team and come up as a complaint from the end customer.

Can we protect the circuit against this short circuit? Yes, the microprocessor could have a software requirement to prevent driving the relays if both buttons are pushed. And unless the hardware team solves this before the release, this would increase the SSC for this Software System.

But this is a theoretical story for another article 🙂

***
If you are interested in the subject of healthcare and regulated process, I encourage you to read the articles of our experts: Radiosurgical technology advances in the fight against cancer and Agile w procesach regulowanych 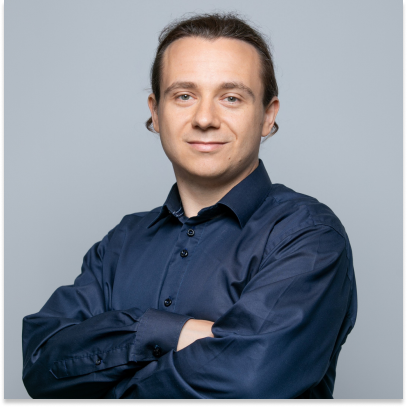 Marcin started his adventure with Sii in early August 2022. He has a background in Automation and Power Electronics. For almost 4 years, he was involved in the medical device industry, and for about 3 years in software-related topics (risk assessment, IEC 62304 compliance, software system architecture, etc.). Safety and Quality always come first for him. In his free time, he plays board and computer games.

.NET and Raspberry Pi – possibilities of using the platform on microcomputers

Sii to the sky – how to launch your device at 24 km high!