An application for fishermen, anti-stress virtual colouring books, a program which makes the consumer’s life easier when it comes to splitting the bill – this is only a drop in the ocean of applications created during the 3rd edition of the night programming contest – Let’s Code.

The Let’s Code competition, organized by Sii Poland – the leading provider of IT services and industrial engineering in Poland, is a hackathon encouraging programmers to create socially useful applications.

The contest consists of two stages. The first – local stage, takes place simultaneously in 8 cities in which Sii Poland’s offices are located: Warsaw, Gdańsk, Wrocław, Poznań, Kraków, Łódź, Lublin and Katowice. At the local level, a jury composed of experienced programmers and experts, involved in project management and sales, selects the best application. The second stage – at the national level, engages Internet users, who vote for their favorite app at www.letscode.sii.pl.

A contest for true programming enthusiasts

Out of 3 editions of our night programming contest, the last one brought together the largest number of contestants. 167 programming enthusiasts, divided into 44 teams attended the local stage of Let’s Code and in 20 hours created 1 235 325 lines of code.

It’s the second time, that I am engaged in the organization of the contest. I’m very happy that with each edition the quality and the level of development of the applications created is noticeably increasing! The ideas for apps don’t stop surprising me – says Michał Jasiorowski, Solutions Architect and a jury member in Let’s Code.

The winners of the second stage received 10 000 PLN – 33 teams competed. Yet there could be only one winner – the main prize went to the Friendly Challenge team from Katowice, which received 1039 votes from the internet users! Thanks to this application a group of friends can create challenges and see who is the champion in the chosen area. 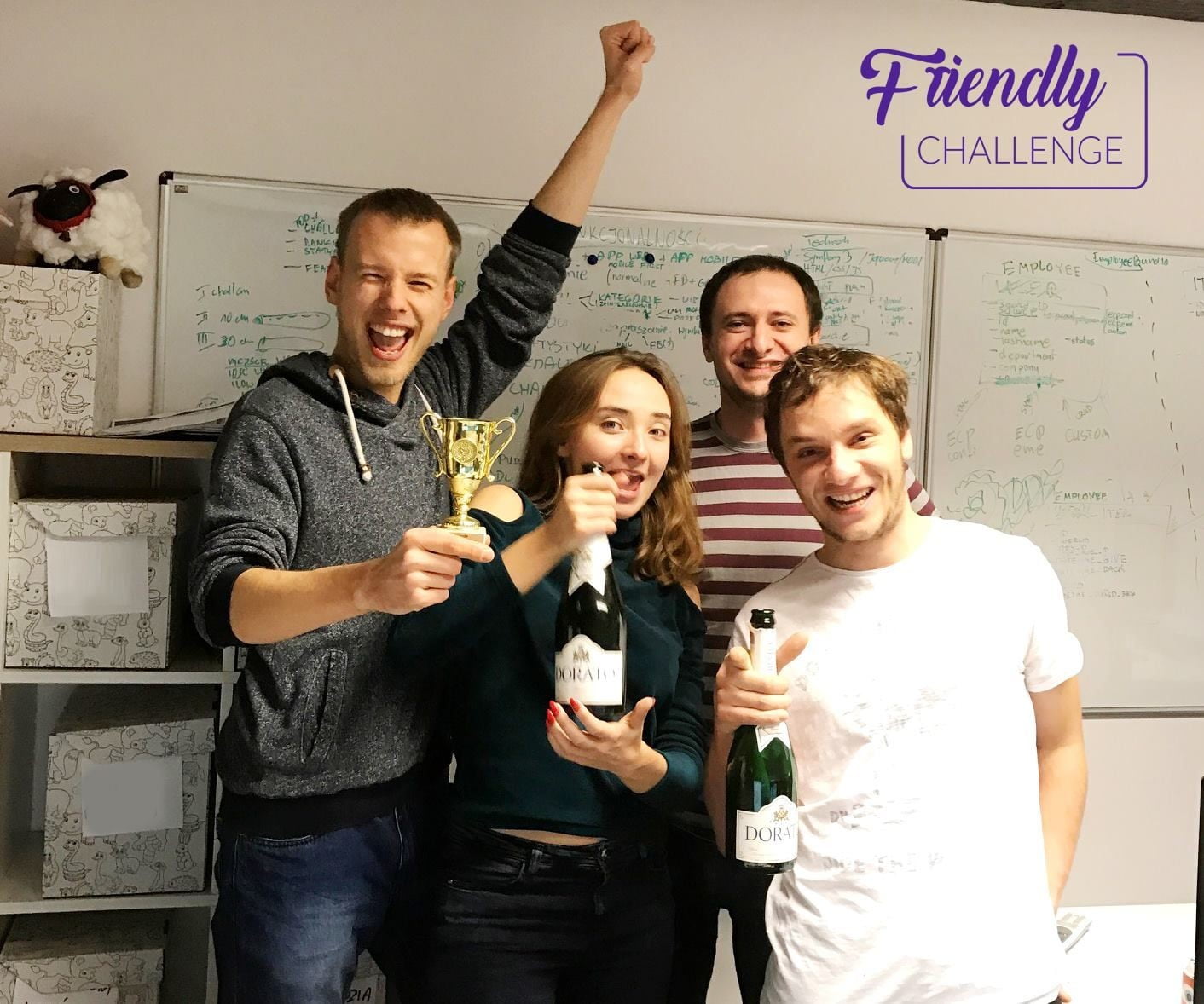 To find out more about the winning application go to: http://letscode.sii.pl/projekty/friendlychallenge.

Also if you would like to see what the 3rd edition of Let’s Code was all about, watch this short clip.

Congratulations to the winners! We are already looking forward to the 4th edition of the contest!

IT@BANK 2021: Sii Poland among the best IT services providers for the banking industry...

Keeping up with application integration

Knowledge sharing, integration and a real boost of motivation – over 440 managers...

Digitization of banking processes in times of pandemic. Interview with Marek Lenz,...

The new generation Performance Tests guarantee efficiency and stability – get to...

Sii teams are a game changer – discover how we help 6 fastest-growing industries...

Sii Poland is growing faster than ever before! 806 specialists joined the company...

Sii’s 18 Competency Centers are ready to take up any technological challenge –...