Several Sii enthusiasts got a chance to participate in the first extreme mountain bike riding camp. During the five-day Enduro camp in Bielsko-Biała, the participants spent almost 200 hours doing 270 downhill races, and managed to cover almost 1 500 km in the specially designed Bike Parks. The whole project wouldn’t be possible without Marcin Urmanowski, a Financial Analyst from Sii Warsaw, and the co-funding of the Passion Sponsorship Program.

In February, a total of twenty-two projects received positive responses from the Passion Sponsorship Program and are currently in progress thanks to the granted funds. The projects are mostly sport, technology, and culture related, with a record number of sports camps this year! A third training trip took place in June, and this time nine Sii daredevils from all over Poland got a chance to take part in the first mountain bike riding camp in Bielsko-Biała. Marcin Urmanowski, our Financial Analyst from Sii Warsaw, is the leader and the heart of the team.

The project you submitted for the Passion Sponsorship Program is related to an extreme sport, professional mountain bike riding also known as downhill or enduro. Meanwhile, at Sii you work as a Financial Analyst, which is not particularly associated with adrenaline, but rather with calm and persistent work with numbers… 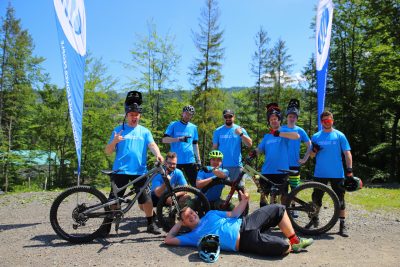 But one thing doesn’t exclude the other! Indeed, I have worked in the Controlling Department since December 2018, and now I am a Financial Analyst, but I don’t just simply work with numbers. Every day we deal with a lot of different things in our department, and the business is constantly growing. I also have the possibility to learn from the amazing people I work with. Currently, I mostly cooperate with the Kraków branch, which is developing at an amazing speed – this is part of my adventure! I also support particular units dealing with finances and employment data, as BI Reports are definitely my specialty.

Which part of work do you value the most?

At work, I have the possibility to constantly improve myself and develop my skills, and naturally, I take this opportunity. As I already mentioned, I work with an excellent group of people and each of them has great experience and knowledge in the finance field. I’m really glad that I can be a part of such a good team. 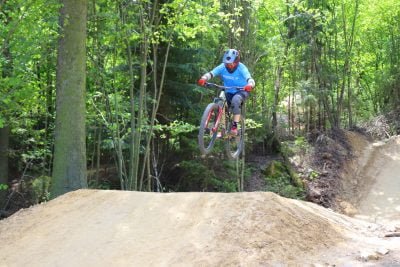 Let’s get back to enduro/downhill. How long have you been passionate about it?

I have always been interested in more extreme sports, or at least the ones that can give you a little bit of adrenaline spike. Even as a child I loved cycling, so mountain biking was an obvious choice. In 2015, I bought my first professional bike and went straight to Bielsko-Biała, which is a perfect place for this kind of sports discipline. In the past, I tried many different kinds of sports but I gave up on all of them. It was different with enduro, from the very first ride, I knew that it would become my new passion.

What pushed you to reach out to the Passion Sponsorship Program and organize a camp for other Sii enthusiasts?

My friends aren’t that interested in extreme sports, and so it was getting harder to find company for the rides. Then I realized that there must be some Power People that share my passion. To see if anyone would be interested I posted a poll on the BikerSii group, and a few people reached out to me. I saw that this project had potential and could bring together a lot of Sii workers. Then, straightaway, I applied for a grant from the Passion Sponsorship Program.

How many people took part in the camp and did you have fun together? 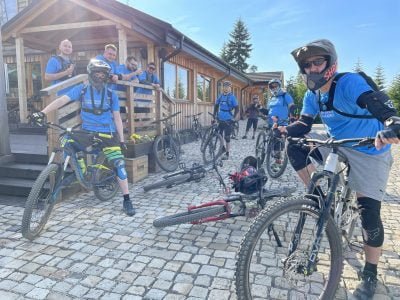 In the end, nine people joined us from Warsaw, Gdańsk, and Katowice. Most of the participants already experienced bike paths of those kinds, yet we still managed to have some adventures. At least seven of us took a fall once, we damaged three bikes and two helmets, but thankfully our bones stayed intact. In total, we spent over 130 hours in four different Bike Parks and managed to do around 270 downhill rides. In the evenings we had barbeques, during which we had long talks over the fire. Those meetings allowed us to exchange experiences and knowledge about cycling, we also shared some of our fun adventures on the bike paths. Not often do I get to experience such a fun week!

What did you like the most about the camp?

Being among a group of like-minded people, and the safety they ensured. Doing a downhill ride alone can be dangerous, but with a group, you can count on other people. There will always be someone who will give you first aid in case of an emergency. I felt calmer being with others, and so the rides were even more enjoyable.

Another thing was the place we chose for the camp: Wisła-Skolnity. We had fun there not only because of the variety of paths but also because there are a lot of amenities for bikes, including lifts. I have never been there before, I saw it for the first time thanks to the camp. 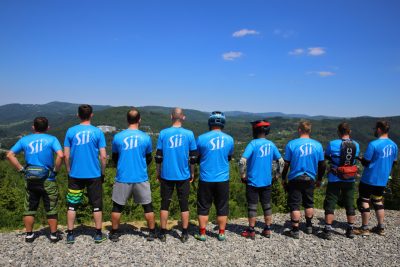 Are you already planning another bike camp?

I’m really thinking about it! I received really positive feedback from the participants and they have already asked for another one. I believe that sports camps are a great benefit for the workers and it’s a very original way to integrate with people who share your passion.

Do you want to take part in interesting workshops and themed trips, and share your passion among other workers with the Passion Sponsorship Program co-funding? Then apply today, and join our team!

Find out how Ewa, Senior Recruitment Specialist, rapidly developed her career at...

Why are pharmacovigilance procedures and process validation vital in the pharmaceutical...

Mentoring program in practice – how to use it, and why should you implement...

Contact Center in the cloud. What will be the consequences for the industry?

Celebrate with us 500 Power People at Sii in Silesia! Read an interview with Michał,...

How to become a Java Developer? Check out the stories of the graduates of Sii Poland’s...

Sii Poland is the largest IT services provider in 2021 according to the ITwiz Best100...