Cancer is the second most common cause of death in Poland. The illness is so appalling because it is not only difficult to treat, but also difficult to detect at an early stage. Even when fully diagnosed, cancer is usually a considerable problem to be eliminated due to its location among healthy tissues. Fortunately, as science advances, we have more and more tools to face this unequal battle.

In this article, I will tell you about the support of technology in the fight for health. In my projects I have dealt with, among others creating software that allows you to create cross-sectional images based on data from classic X-ray machines and reconstruct them into 3D models. Apart from me, nearly 900 other Sii experts support the medical sector with their cross-sectional knowledge of various technologies, embedded systems, and cloud solutions.

The biggest challenge to neutralise the tumour by means of radiosurgery is how to do everything right – strike fast, with the right energy and…. hit the target. And not to kill any healthy tissue in the meantime.

To accomplish the above it is necessary to:

The implementation of all the above-mentioned stages would not be possible without the support of information technology operating at the interface of physics, biology and engineering.

Radiotherapy in a nutshell

Since 1977, we have had the wonderful opportunity to look inside the human body thanks to tomography (Greek: tomo – inside, grapheia – description). Different tomographs use different physical phenomena:

A common feature of all tomographs is that they create cross-sectional images of an organism using the Radon transform, in which elements of the large matrix must be converted and shown as pixels on a two-dimensional screen.

Real 3D models are needed in the radiotherapy process. The actual shape of the organs and their mutual position can be reproduced using reconstruction algorithms.

The aim of radiotherapy treatment is to focus the energy of the radiation beam on the cancerous tissue. In practice this is done by rotating the mobile radiation source around the patient in such a way that the beam is constantly aimed at the tumour.

However, it is necessary to take into account wave phenomena – diffraction and interference – at the border of tissues with different properties and different sensitivity of healthy tissues to radiation.

The result of the tomographic examination (CT scan) is a series of cross-sectional images on the basis of which a three-dimensional reconstruction of internal organs is performed. Then, a radiation therapy plan is prepared. It specifies the radiation power and determines from which place and direction the radiation beam will be aimed.

The most common is the use of special markers attached to the patient’s body, such as a cage attached under local anaesthesia to the skull bone, the structure of which serves as a reference system.

The high-energy radiation beam, rotating around the patient, focuses only on the cancer cells that needs to be destroyed.

One of the projects I worked on was the adaptation of data from an American General Electric Sytec SR tomograph to the German Siemens ONCOR Avant-Garde system at the Regional Hospital in Lublin.

The obstacles were incompatible medical protocols and incompatibilities in the implementation of the DICOM medical image standard. Both systems fully supported only the data specified as mandatory by the standard. However, they did not accept additional information necessary for radiotherapy, such as data related to the exact physical parameters of the beam used in the tomographic examination, exposure times, spatial orientation.

Work carried out with the support of Prof. Paweł Mikołajczak from the Department of Physics at Maria Curie-Skłodowska University in Lublin made it possible to adapt the image data from the General Electric tomograph to be fully accepted by the Siemens planning system.

The challenges of modern radiosurgery

The fact that something can be done does not mean that it will be applicable in everyday practice. Everything must function reliably in real time and automatically so as not to involve medical personnel.

Intermediary devices were inserted between the medical devices, connected via a newly created fiber-optic network, which made the necessary changes to the travestied medical data in real time. They also avoided the need to purchase additional licenses for communication software. The scheduling system contacted only our one device, which could accept data from any number of CT scanners.

Carrying out the operation

Radiosurgery is possible thanks to X-ray tomography, which provides information about the absorption coefficients of electromagnetic radiation and the position of individual tissues.

It is not a perfect image – it shows bones very well, for example, but it is much less accurate in the case of soft tissues, which include tumors. In this case, the best image is the one created by CT scanners using the phenomenon of nuclear resonance, which, in turn, represents bones very badly.

The ideal solution was to combine CT and MR images of the same patient’s organs.

Despite the similarity of the images themselves, this is not a simple task:

When we undertook the task of assembling X-ray and resonance tomography images, we tested a number of different algorithms, examining their usefulness in radiosurgery. We had to reject many excellent methods simply because, despite great results, their repeatability was insufficient.

Finally, for practical implementation we chose two methods of detection (segmentation) of organs that are of interest to radiotherapists: gradient morphology and watershed technique.

The matching of CT images to MR images is performed using mutual information as an indicator of the quality of the performed fusion.

Mutual information is a relatively simple calculation of the joint entropy of two data sets with elements of probability calculus.

By substituting pixel values from CT and MR images as datasets, we can determine how similar they are (or more precisely, how much information from CT is in MR), while the physical sense of the pixels being compared does not matter. This allows us to effectively determine the best match between images created in completely different ways.

In our work, we focused on deterministic methods which efficiency can be precisely evaluated based on calculations. We decided that in this particular application the risk is too high to experiment with methods connected to an artificial intelligence.

Automated theorem proving as the future of medicine

However, there is no doubt that automated theorem proving in medicine is the inevitable future. In order to avoid revolutionary changes and the resulting undesirable phenomena, we are currently focusing on replacing watershed segmentation by genetic algorithms for tissue detection with a deterministic method for evaluating mutual information results. These protect us from evolving in the wrong direction due to mutations.

At the same time, we are working on using imaging data of other types – PET and ultrasound – and watching the development of CT and MR scanners to better exploit their new capabilities: more simultaneous scans and faster acquisition.

This allows us to use our algorithms also for the diagnosis of dynamically functioning organs, such as the heart in real time.

In Sii, apart from development activities, we pay a lot of attention to operational work to increase reliability, safety and ease of use. We connect tomographs of other companies such as Philips, Siemens, Hitachi, Toshiba, Shimadzu. All, of course, in accordance with medical standards that allow their use in radiotherapy of cancer.

The development of technology allows for increasing the effectiveness of methods of fighting cancer known for years. Sii engineers support medical industry with their expert knowledge – they execute projects for many clients from health care sector, such as QIAGEN, Roche or BAUSCH Health. While developing our current products and commencing cooperation with other companies from the medical branch, we notice the significance of creating hardware and software in accordance with medical standards, such as ISO 13485 or IEC 62304. Ensuring safety to the people using the solutions developed by us is of the utmost importance. 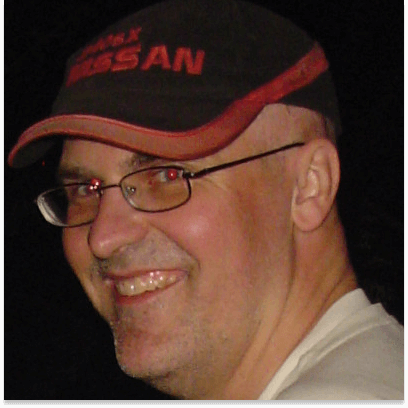 A software engineer who combines his interests – physics and biology – with system programming of medical diagnostic devices.