Time in the project – the golden rules for not losing it

‘The topic of today’s classes – I said calmly – is the width of the margin of safety that employees set when planning each task in the project.” This is how one of the chapters of Eliyahu M. Goldratt’s book „Critical Chain”, entitled „Causes of delays’, begins. This book made a strong impression on me. Therefore, using the title of the chapter, it is worth asking a question about the reasons for delays in projects. Why does it happen that projects are finished after the deadline?

Causes of problems during project implementation

The problems of many project managers have different origins. The following shortened list shows that time is what they have in common:

These are just a few of the issues causing multimillion-dollar losses, terminated contracts, additional financial outlays and many other problems. The time aspect in the project is therefore an extremely important dimension, worth looking at more closely.

Let me give you an example. Mike Clayton in his book ” Time management. How to effectively plan and complete tasks” describes an experiment that he himself performed during his studies. He writes:

‚When I was a university student, I had a beard. I calculated that every day when I don’t shave, I gain five minutes, and therefore during the whole week I can save half an hour or more. In a year, I could easily save 24 hours. I loved student life. Between working in a lab – before I went to university – and taking my first ‚real’ job, I spent seven wonderful years studying, doing research, and having a great time. And as a bonus, the fact that I hadn’t shaved every day for the past seven years earned me a whole week.

So, when sudden and sad events delayed the start of work on this book, I consoled myself with the thought that I could meet the deadline set by the publisher because I still had those seven days saved in my student days. But where are those seven days?’

The story is intended to prove the well-known fact that time can’t be saved. It is the only unrestorable resource in the project. What anyone involved in the project can do is use the time wisely, thoughtfully and in a planned way. This requires a project management methodology.

A few words about the project management methodology

The project manager quite often hears the question: „When will it be done?”. A good plan allows you to exercise control, and a good Project Manager plans the sequence of actions, delegates certain tasks to other people, monitors the compliance of the work with the plan and manages the resources accordingly at all times. The goal of effective project management is to provide the right information, at the right time, to the right people so that they can make the right decisions. However, it is not always the case that the right decisions are made at the right time. So let’s focus on time.

Reasons for wasting time in the project

Time is often wasted due to three main mechanisms:

Estimating time is very difficult. There are several reasons for that:

A common practice in projects is the ‚five plus five equals thirteen’ rule. When a plan for one stage includes several tasks, each of which is performed by a different person, then each of these people estimates their task and gives the result to the project manager. They sum up the times and add their own safety factor, and with several levels of management, each level adds their margin of safety. This is the so-called common standard. It is also a popular practice to estimate all tasks in hours (8h) using Planning Poker because in this situation we will be ‚on the safe side.’

To summarize this thread, I will use a quote again (Goldratt, 2009):

‚Charlie reacted first. – If our estimates contain such a wide margin of safety, how is it possible that so many projects do not end on time?’

Attempt to solve the time management problem in a project

Combining these two statements makes it possible to solve the problem. The main thing is to stop using an almost 200% margin of safety for every single task.

Another aspect is putting all the extra time at the end of the critical path. Using the margins of safety for individual tasks will create the so-called project buffer.

Reducing the time allocated for each task by half will allow the person responsible for its performance to use the extra time as a project-wide buffer.

It also happens that delays on the critical path are caused by problems that occurred on other feeding paths. To resolve the issue of non-timely projects, it is worth adding time buffers at the points where the feeding paths, shown for example in the form of a PERT diagram, connect to the critical path. Cutting half of the time from the original estimates and using it later will create the so-called feeding buffer.

The feeding buffer protects the critical path from delays occurring elsewhere. However, when the delays that occur result in delays greater than the scheduled feeding buffer, then the project end is still secured thanks to the entire project buffer. In projects, it happens that certain situations called „emergencies” are just ‚false alarms’.

When it comes to time management in the project, there are several principles worthy of attention:

Task planning for a given day, the so-called „to-do list”, where we write down all the tasks that we have to perform on a given day. It may be also worth trying to prioritize using for example B. Tracy’s ‚ABC method‚. The letter ‚A’ indicates the highest priority tasks, that is, important and urgent tasks. These are the so-called frog tasks.

With economical use of time. Focusing on delivering the project requirements within the scope of the project, in accordance with the established quality level, so as to create a functional solution. The project team first performs the most important tasks, i.e. a must, while respecting the individual acceptance criteria.

Awareness of the waiting milestones and the celebration of those that have been completed. It is important to define transparently and unambiguously the limits for „time windows” that have a clear beginning and a clear end. In a given unit of time, the work is based on specific set requirements. The quality of the performed work should be confirmed. It would be good for the project team to „celebrate” the completed tasks.

Urgent and important matters – and there are a lot of them at work – are dealt with immediately, according to the established plan in case the risk materializes.

In any project, if we correctly estimate the time, it may turn out that there are not enough human resources. This is because workers may be working on something else or their tasks may overlap. Often the members of a given team are simultaneously working on another project or even projects (the record holder whom I met coordinated simultaneously 28 projects) or divide their working time into project time and the so-called operational time. Problems with multitasking and lack of commitment appear. Team members who have little experience working together need to go through the whole cycle of forming an effective team.

To see what is just around the corner, you need time to analyze and predict.

Proper version management also helps deliver projects on time. I will use an example. When you are writing a master’s thesis, the final version is not ready immediately. You start with the plan and then create the draft, the first version, the revised version, the updated version and finally – the final version. Each of them is properly labeled e.g. 1.0, 1.1, 1.2, 1.3. Consistent marking in an agreed and readable way makes everything ordered and clear to all the people involved in the project.

Let’s sum up in a few words

Managing a project through its entire cycle, from planning, through implementation, to completion in accordance with expectations and assumptions, is a process that requires attention and focus on acting according to the established guidelines. People responsible for the project are expected to constantly control its scope, budget, quality, risk, benefits and time.

However, only time is a non-renewable resource. Days cannot be lengthened or shortened. And although more and more people are familiar with the project management methodology, it still happens that projects are completed long after the deadline.

It is worth paying attention to the aspect of time and making workers aware of its importance when estimation begins. When I participated in the project to organize an online conference, it had a set date and it was not possible to postpone it by a day or two due to lack of preparation. It is also the case for stage plays with a planned premiere. So why is the Warsaw subway project seriously delayed?

The idea is that as you gain experience, the estimates are more and more accurate and precise.

The article in Polish can be found here. 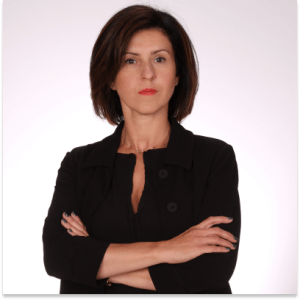