For the second time in Passion Sponsorship Program, a passionate domestic brewing received funding. Team Leader Daniel Sudujko will use the received grant to improve the recipes of his beers, find new technological solutions in the brewing process and share knowledge on the subject with other lovers of the golden liquor in Sii. Previous workshops combined with tasting, conducted as part of Passion Sponsorship by UX Designer Agnieszka Antonowicz, enjoyed great success.

This is the 11th year since you have gained professional experience at Sii Poland – currently as a Team Leader.

Yes, Sii Poland is my first full-time job. I’ve been working here since May 2010, and it’s going to be 12 years. At that time, the Gdańsk branch was still based in the office building in Gdańsk Główny, and how much the company has changed since then, as evidenced by the fact that I was prepared to talk to the client by Michael Desmurs, the Branch Director, who now has over 1,300 people! I joined the largest client at that time, the SIM card testing team in Tczew. There I spent 6 years, during which I went from a tester position to the Engineering Project Manager, at the same time serving as the Site Manager of Sii (today it is the Sii Ambassador). It was a fantastic time!

After completing the project, I went to a client from Munich, where I tested the software for the chips produced by them. In the “sluice project” I learned a lot about the process of software development, about CI/CD, as well as about working in the Agile methodology.

It is sometimes referred to as such among ourselves, due to additional security measures in the form of a sluice. It takes one person several dozen seconds to get through it, which, with a few people, already causes a lot of traffic. Hence, frequent “sluice fights”, where you can check your reflexes and the ability to quickly enter your pin.

What is your current role in Sii?

Since July 2021, I have been the Team Leader in the largest Business Unit in Sii. I work in the division responsible for all topics related to processors’ testing. I am a Line Manager for 24 engineers dispersed over 8 services: from CI/CD providers, through the development of client applications, to test automation. I have to admit that the role of Team Leader is a completely different job than the previous ones – I shared my observations on this subject in the article on the Sii blog.

In this article, you mentioned that your great passion is beer and the process of brewing it. Where did this interest come from?

An interest in craft beer came to me incidentally when I bought “Hops Attack” from “Pinta” brewery. This beer is considered to be the beginning of the beer revolution in Poland. I was shocked by the bitterness it offered – it twisted my face! At the same time, it provided a completely different, richer taste experience than flat lagers. In addition, I came across a store dedicated to beers, where it turned out that there are more such unusual styles. I started searching the Internet and that’s how I came across one of the most popular beer bloggers, Tomasz Kopyra and blog.kopyra.com. Through his videos, I learned many important things: what tasting looks like, what flavors can be expected in a particular beer, and the fact that there are over 100 different types of beer. Interestingly, I still hated dark beers at the time. Only the premiere of “Empire Prunum” from the Kormoran brewery in Olsztyn, my hometown, forced me to “train in the dark” and learn the mystery of this species. It was hard not to be interested in beer, getting which was on the border of a miracle!

The aforementioned Tomasz Kopyra also had videos of brewing beer on his channel amd after some time I started thinking about brewing my own. It turned out that you can do it at home and you do not need specialized equipment. On the subject of craft beers, I hyped up my colleague, with whom we motivated each other for brewing, but somehow we could not turn our intentions into action. And here with help came the wife of a colleague who decided for us, buying him a starter kit. Thanks, Monica! By the way, I would also like to thank my wife very much: for her understanding and constant cheering at brewing. In such a situation, there were no more excuses. The brew turned out to be a great complement to the tasting, because we know what beer is made of, what are the stages of its production or how the wort tastes. We have an influence on the taste of our beer, we can experiment with additives and then wait for the effect with curiosity.

You have applied for a grant to develop your hobby in Passion Sponsorship Program. What does the development of passion for beer look like?

For beer lovers, it is mainly an opportunity to talk about beer over beer and discover and surprise yourself with new flavors, aromas or ideas. For brewers, it is a work of designing their recipes and the thrill associated with tasting the final product: did the beer succeed? Did it meet our expectations? What can I do to improve it? Very often, home-brew  beers are much better and more interesting as compared to regular breweries, because when producing on a small pot you can afford more experiments, risk more. For many people, the history of styles is also interesting: how they were created, how they changed. And tourism: trips to the breweries to see them and to try unique beers brewed only in a given area (Lambiki!). Some people plan their vacations only from this point of view.

My goal – and I will allocate the received grant for that purpise – is to improve beer recipes and search for new technological solutions. Of course, I plan to tell you what I know about beer during the workshop in Sii – I hear that the interest in this topic is considerable. I would also like to go to this year’s Home Brewery Festival in Warsaw.

How do you, the peers, exchange knowledge? And when can you be considered good at that passion?

There are many beer blogs, such as blog.kopyra.com. The Polish Association of Domestic Brewers, to which I have the honour to belong, publishes a valuable magazine “Piwowar”. There are many foreign books, but recently there have also been entries in Polish lanugage describing all issues related to brewing. And there’s a famous group on Facebook: jepivka .

When are you good? If you make beer that we like. Then, for some, the stage comes when we want to send beers to home brewery competitions so that our products are evaluated by certified beer judges. It’s not my stage yet, but I believe this one will come, too.

What is your favorite kind of beer?

My favorite styles revolve around those with a high initial extract: Porters (including the Polish brewery treasure, i.e. Porter of the Baltic Sea), RIS, Stouts, Koźlaki, Barleywine, Tripple, Quadruple. I prefer dark beers rather than light and best aged in barrels after some distillate, e.g. whiskey. I like these styles because they usually offer the most depths and layers in aroma and taste, which does not mean that I despise a good classic IPA.

Previous workshops on brewing beer, organized in the Passion Sponsorship Program in the summer of 2021, enjoyed great interest among people from Sii Poland. The organizer was Agnieszka Antonowicz, UX Designer, similarly to Daniel Sudujko, who is home brewer.

Agnieszka Antonowicz, UX Designer, organizer of the first beer workshops at Sii Poland: The most fascinating thing about brewing beer is the complexity of the process, that everything is equally important: the temperature at which malt is blurred and the raw materials that are used. You can experiment, play with flavors and aromas, add custom additives, the possibilities are endless, although there are some rules that must be followed.

The workshops carried out in Gdańsk were very popular and even after them people turned to me in office asking about the details of brewing or some advice. During the workshops, we brewed beer on malt extract, so everyone could witness the brewing of beer and repeat the process at home. Of course, there was also a tasting of my products and unusual beers from the store for connoisseurs. The beer, which was brewed during the workshops, fermented in the office, was bottled and handed to each of the participants. I think that seeing the equipment, malt, hop types and brewing process with your own eyes was the most interesting for the participants. Anyone who hasn’t had a chance to watch it live can at least see the photo session.

If you want to participate in interesting workshops and meetings with colleagues, share your passions in the workplace and benefit from grants from Passion Sponsorship Program, apply and join our team! 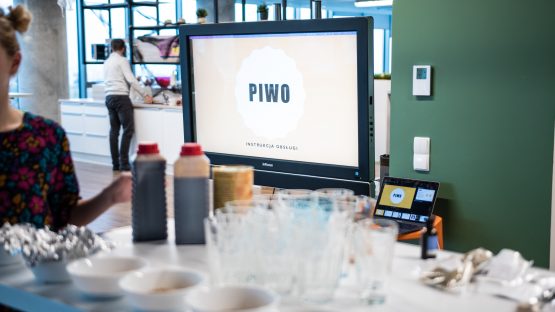 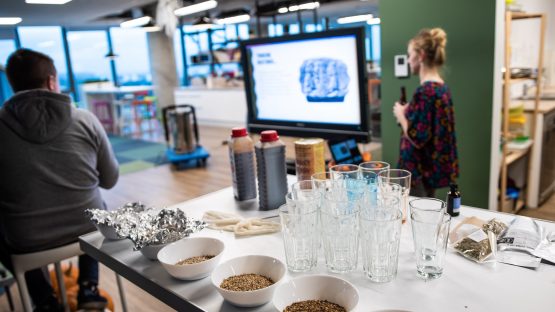 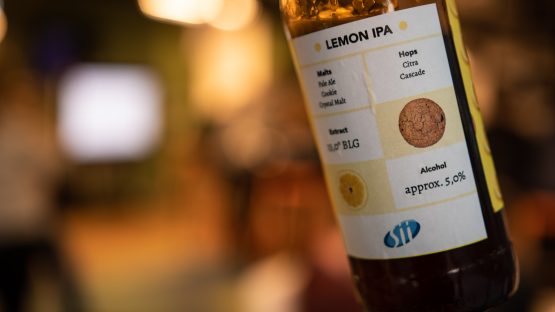 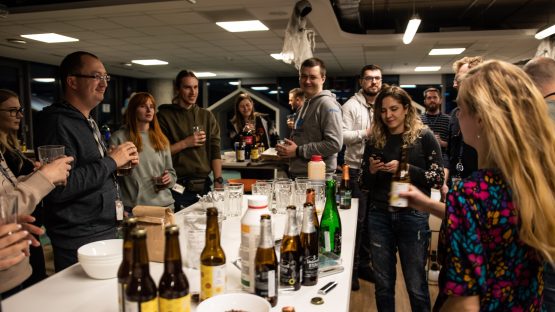 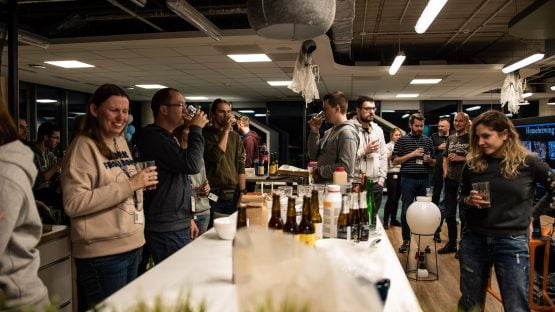 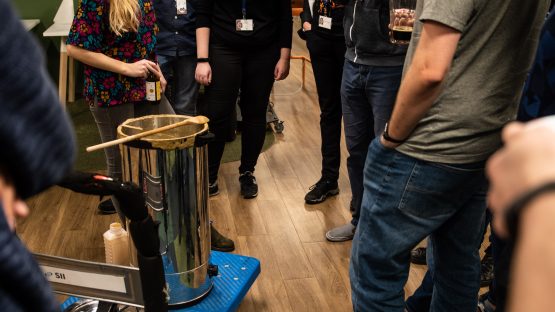 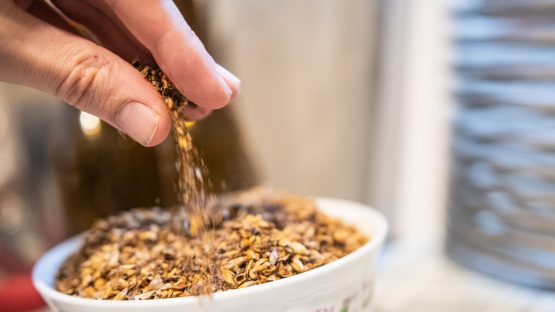 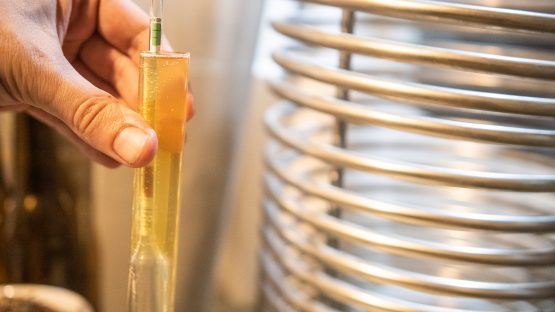 Efficient and surprise-free – intelligent risk management in the healthcare sector

Sii Poland again among the 1% of the most sustainable IT companies – EcoVadis...

Once you understand the needs well, you will know how to act effectively. Meet Maciek,...

Will thirteen be his lucky number? Get to know the story of Krzysztof, an Architect,...

The digitization of the justice system. Find out how Sii Poland experts for over...

Learn more about Data & Analytics Competency Center at Sii, which is celebrating...

Passion-driven projects that have strong business value and make a real impact. Meet...